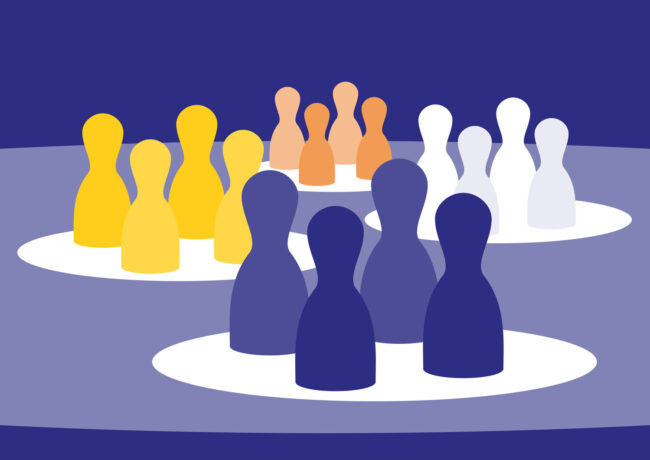 In 2017, a commercial called ‘All That We Share’ on Danish TV showed a group of people who were initially subdivided into four squares drawn on the ground: one for people in suits, one for people in uniforms, one for immigrants and one for people on welfare benefits. Once the participants were standing in the square with their ‘own type’ of people, they were asked a series of questions, ranging from ‘Do you have stepchildren?’ and ‘Have you ever been bullied?’ to ‘Have you ever saved a life?’ and ‘Do you feel lonely?’. They moved to different squares depending on their answers, forming new groups of people each time. These questions revealed just how much seemingly different people can actually have in common.