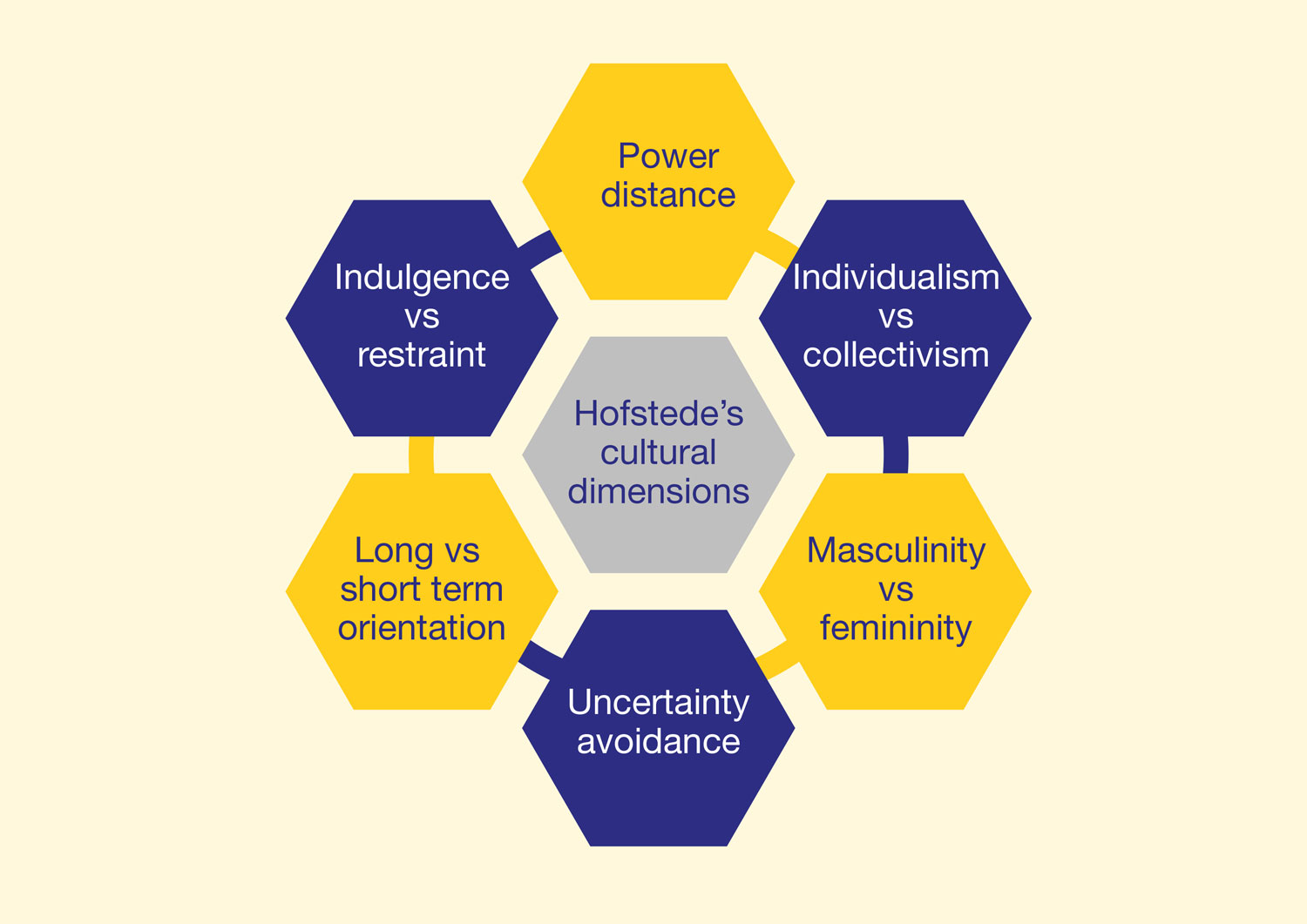 What is a good country to live in?

When Hans and Brigitte and their three children moved from the Netherlands to France because of the nice weather, beautiful scenery and good food and wine, they did not expect to face any cultural problems. They were caught completely off guard by the paternalistic parenting methods and attention to manners that they encountered in the French schooling system, since things were much stricter than what they had been used to in their home country.

One tool that can help you to gain a greater understanding of the deep cultural differences between countries is Hofstede’s Dimension Model. Most of the world’s countries have been awarded scores based on the following six cultural dimensions:

The degree to which a society expects power to be unevenly distributed. In countries that score high on power distance, such as Russia, Mexico and China for example, people are more likely to have a strong sense of hierarchy; the boss is the boss.

In countries that score low on power distance, such as New Zealand, Great Britain and Germany for instance, people are more likely to believe that everyone deserves the same amount of respect, whether they are a servant or the king.

The degree to which people in a society are integrated into groups. In an individualistic society such as the United States, Canada and the Netherlands, people tend to prioritize the ‘I’ over the ‘we’ and therefore only feel the need to take care of themselves and their immediate family.

In a collectivist society such as Ecuador, Indonesia and South Korea, people tend to have a stronger sense of loyalty to the wider group.

In masculine countries, there is a clear division of roles between men and women, whereas the lines between ‘male’ and ‘female’ roles are more blurred in feminine countries. In countries that score high on masculinity, such as Japan, Hungary and Italy, people are more likely to believe that ‘we live to work’ and ‘men should be the breadwinners of the family’.

In a feminine society such as Sweden, Finland and Norway, the attitude will more likely be one of ‘we work to live’ and ‘men and women make an equal contribution, both at home and at work’.

The extent to which people try to avoid uncertainty through regulations, formal procedures and rituals. In a country with high uncertainty avoidance such as Greece, Belgium and Poland, people are more likely to want foreigners to prove themselves before they can trust them.

In a culture with low uncertainty avoidance such as Singapore, Hong Kong and Vietnam, citizens are more open to new people, ideas and technology.

In cultures with long-term orientation such as Taiwan, Ukraine and Estonia, there is more willingness to delay short-term success and emotional gratification in order to prepare for the future; people value perseverance and saving.

In countries with short-term orientation such as Egypt, Nigeria and Morocco, people are more focused on the past and the present; they respect traditions and tend to pursue short-term gratification.

The extent to which people try to control their desires and impulses. In restrained cultures such as Pakistan, Bulgaria and Iraq, people are more likely to consider it important to conform according to the norms.

In indulgent cultures such as Venezuela, Colombia and Ghana, they are more likely to be focused on just having fun and enjoying life.

What to expect when moving abroad

The rankings in Hofstede’s Dimension Model can provide useful insights into what you can expect when moving to a particular country. As a general rule of thumb, the size of the difference in the scores for your home country and your host country for each dimension indicates how big the culture shock may be for you with respect to that dimension.

Comparing the Netherlands with France across all six dimensions shows differences on four of them:

It is interesting to use Hofstede’s Dimension Model (see Cultures and Organizations: Software of the Mind by Geert Hofstede, Gert Jan Hofstede and Michael Minkov) to check how your home country and host country measure up against each other.

Don’t forget about your own personal traits

Although Hofstede’s Dimension Model is certainly useful, it is important to avoid over-generalizing people and cultures since these rankings are based on averages. In reality there can be regional differences, and people’s personal traits also play a major role – both in terms of the people you encounter in your host country, and how much you personally identify with the ‘typical’ traits of the culture in your home country. For example, if you are quite a passionate northern European who enjoys heated debates, you are likely to adapt well to a southern European country where people are generally more emotionally expressive.

As you can see, it is very important to choose the country you move to wisely. Make sure you gain knowledge about your own personal traits and the culture profile of the country you wish to move to.

“When you belong, you are a natural part of the puzzle.
You fit right in as you are. When you conform to gain acceptance,
you pretty much have to slice and rearrange bits of yourself
to fit into that particular puzzle.” “

Why is intercultural awareness important?
24 September 2021