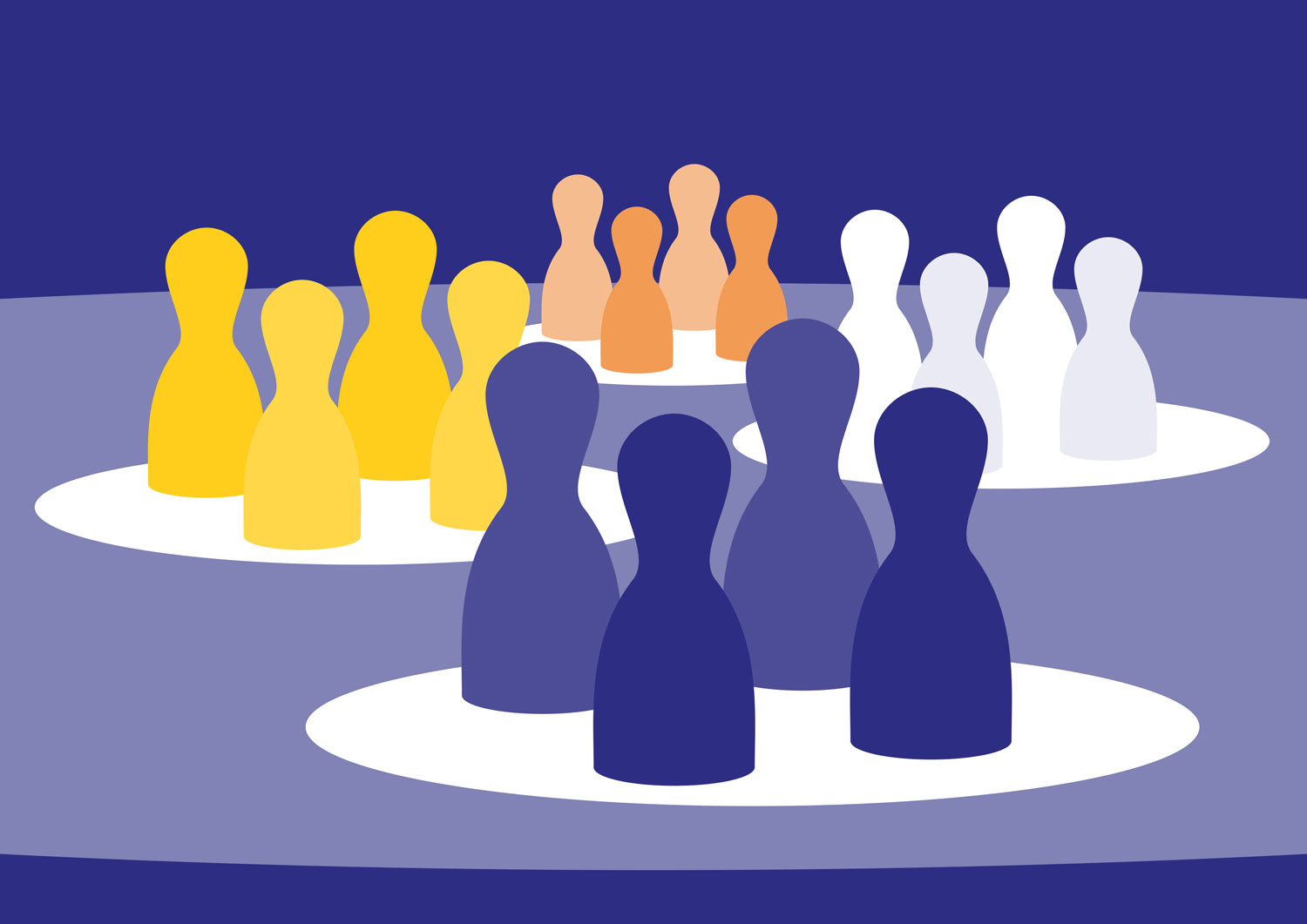 There is always more to a person than meets the eye

Once the participants were standing in the square with their ‘own type’ of people, they were asked a series of questions, ranging from ‘Do you have stepchildren?’ and ‘Have you ever been bullied?’ to ‘Have you ever saved a life?’ and ‘Do you feel lonely?’.

They moved to different squares depending on their answers, forming new groups of people each time. These questions revealed just how much seemingly different people can actually have in common and that you should never judge a book by its cover.

The example above clearly illustrates that there is always more to a person than meets the eye. However, it takes a certain amount of effort avoiding to judge people based on first impressions. People tend to be drawn to people who look like them and might treat anyone who doesn’t differently.

When you’re dealing with different cultures, it is common that you are unconsciously biased towards everyone who is different than what you are used to. This can obviously cause a lot of misunderstanding and sometimes even conflict.

We are all shaped by culture

The thing is, that you often don’t realize how much you have been shaped by your own culture until you encounter people from different cultures.

As shown in Edward T. Hall’s Cultural Iceberg Model, the visible expressions of a culture – such as language, food, creativity and customs – are actually just the tip of the iceberg.

In fact, this ‘surface culture’ or the ‘what’ accounts for only around 10%. There is a much larger part under water, where the unconscious beliefs, norms, values ​​and motives are located. This invisible ‘deep culture’ is the root of people’s behaviour and customs – in other words, the ‘why’.

Having a good understanding of the ‘why’ of people’s behaviour, is the key in creating intercultural awareness, bridging cultural gaps and creating common ground.

“If you judge people
you have no time
to love them.”